The War on Islamism - Iraq

The decision to go on after Afghanistan and liberate Iraq was bold and daring.

I had hoped it was the start of a process that would topple Iran and Syria, but it was not to be. A critical mass of Iraqis violently rejected any chance of a better future, and America got bogged down fighting one of the most evil insurgencies the world has ever seen. 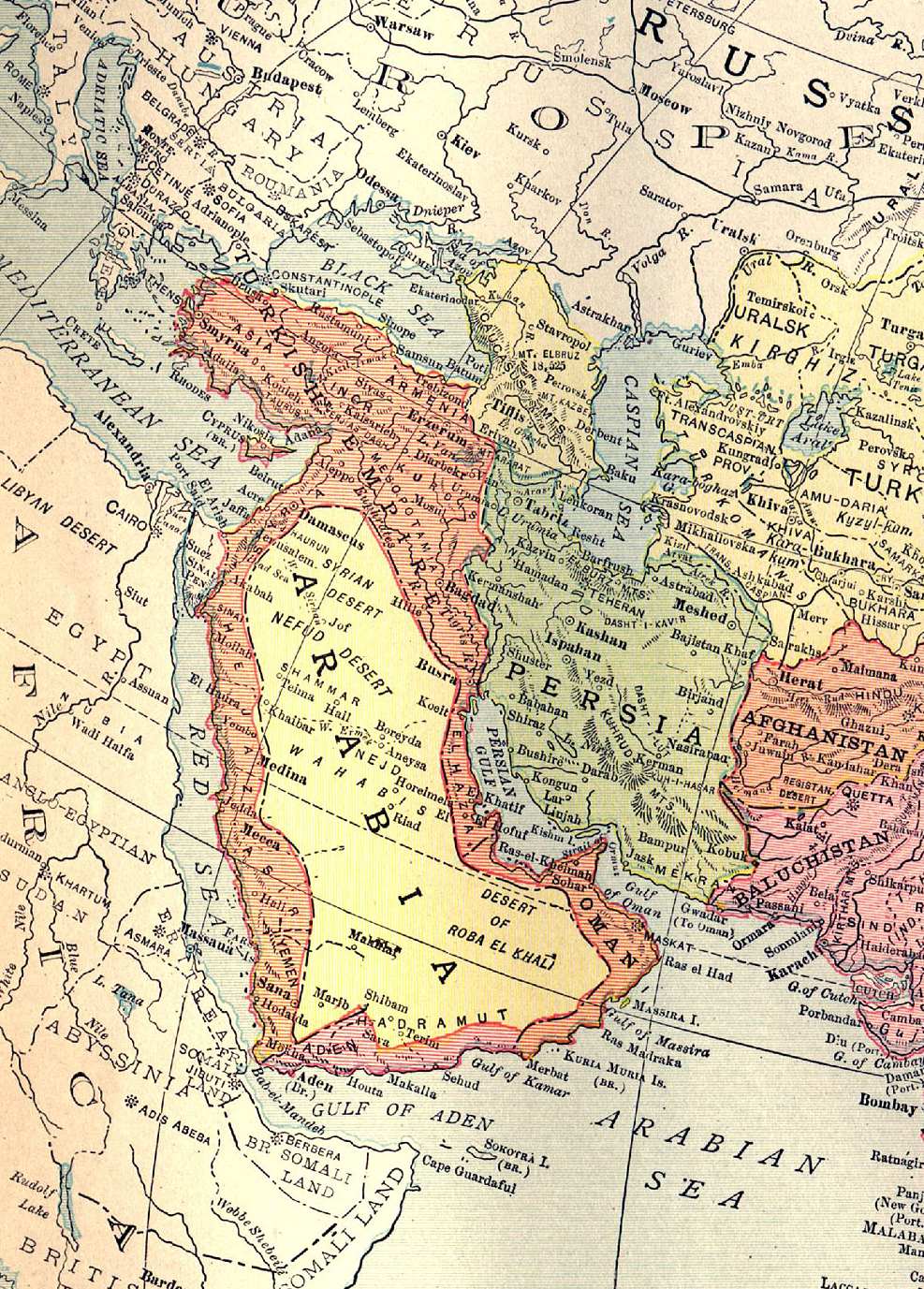 The Middle East in 1914.
Iraq was then a region in the Ottoman Empire.
From here. 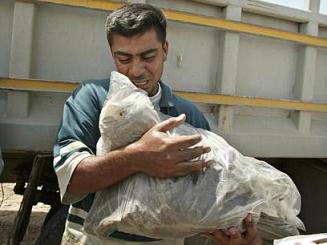 An Iraqi weeps for his loved one, finally dug up from a mass grave after liberation by America in 2003.

France, Russia and China tried to stop the liberation of Iraq because - well, because they were allies of Saddam.

Summary graph from The Dissident Frogman. 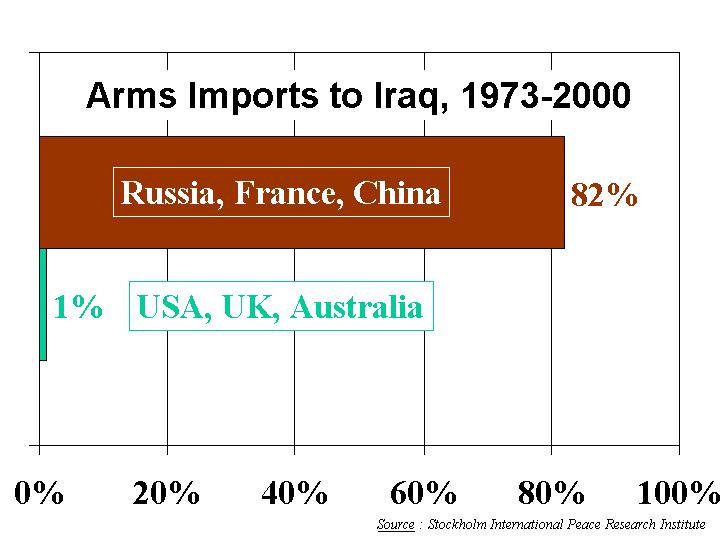 Tony Allwright spells it out even plainer. 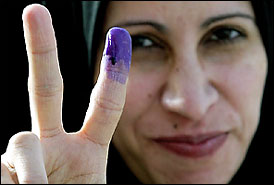 An Iraqi woman risks death to vote in Iraq's first election, 2005.
Yes, she's probably a Shia religious conservative. But it's a start. It's the first step.


The Other Iraq (Kurdistan) made this video in 2006 saying "Thank You" for liberation. 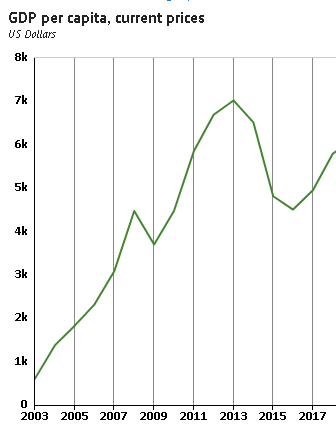 These numbers, from the IMF, are different to Angus Maddison's numbers for 2003-08.
They show Iraq's GDP per capita growing steadily after Saddam was deposed in 2003, despite the insurgents' war.
GDP per capita fell back after America left and ISIS took over. It took off again when ISIS were defeated.

Will Iraq (or any Arab country) ever be ranked as "Free"?


"Miss Baghdad" Pageant in Iraq, 2010.
A glimpse of a different type of Iraq.
An Iraq that doesn't slaughter people for having the "wrong" religion, or being gay, or "improperly" dressed.
And have you ever seen a beauty pageant that made a more dramatic, brave, feminist statement? These women are standing up to the religious fanatics who would dress them in sacks.

Ancient Sumer, in what is now Iraq, was the birthplace of human civilization, around 3500 BC.

Iraq's land was once the frontier of human thought, the home of the world's largest cities, the greatest place on earth.

It is sad to think of Iraq now, considering what it once was. If it is ever to be at the frontier of human thought again, Iraqis must change, and abandon the culture of their immediate ancestors. 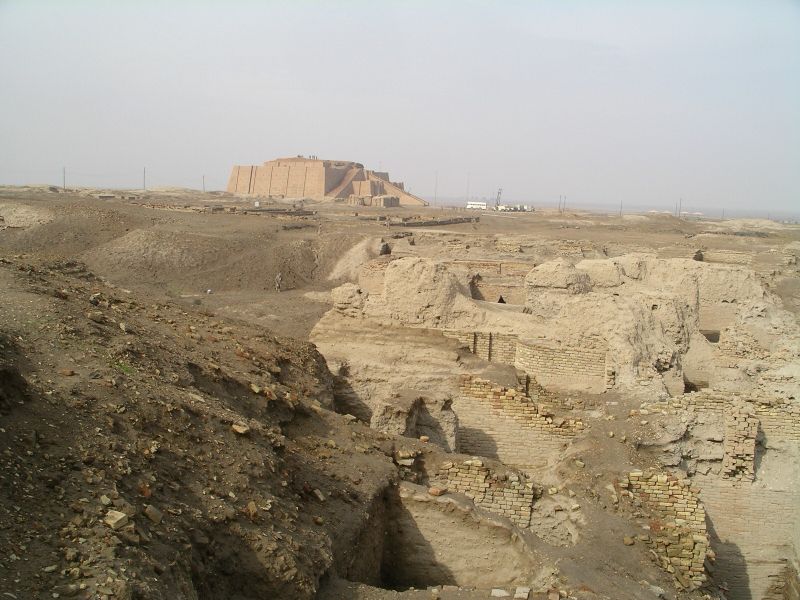 The city of Ur in ancient Sumer.
In 2000 BC this was the largest city in the world, and indeed the largest human city that had ever existed.
In the background is the reconstructed Great Ziggurat of Ur (c. 2100 - 2050 BC).

See close up. Both photos 2004, copyright Lasse Jensen. See terms of use (and here).
Search for more images.

You Owe Us An Apology, by an Iraqi blogger furious with the rest of the world for letting Saddam survive for so long [couple of typos corrected]. He speaks, I think, for millions of people suffering and frustrated in the unfree world. Why can't we just liberate them all, now:

"I don't know really know why Saddam's regime lasted for over three decades, but I am sure as an Iraqi who survived that period that there was no legal or moral justifications for it to remain. I was counting days and hours waiting to see an end to that regime, just like all those who suffered the cruelty of that brutal regime. .... Throughout these decades I lost trust in the world governments and international committees. Terms like (human rights, democracy and liberty, etc.) became hollow and meaningless and those who keep repeating these words are liars..liars..liars. I hated the U.N and the security council and Russia and France and Germany and the Arab nations and the islamic conference. I've hated George Galloway and all those marched in the millionic demonstrations against the war. It is I who was oppressed and I don't want any one to talk on behalf of me, I, who was eager to see rockets falling on Saddam's nest to set me free, .... What hurt me more and kept my wound bleeding was that they gave Saddam a tribune .. and offered him a diplomatic representation almost all-over the world to broadcast his filthy propaganda and sprinkle Iraq's wealth on his supporters. I really didn't understand those countries demands to take away our misery. Did they really think that the sanctions were the cause? We were not even human, Saddam wiped off our humanity, we were just numbers .... Believe me, we were living in the "kingdom of horror". .... Can anyone tell me why the world let Saddam remain and stood against America's will to topple him? Till when will the charts of human rights remain incompulsory, cancel them, because they remind you of your big disgrace. Keep giving time and tribunes to regimes like those in Syria, Yemen, North Korea and Libya to justify their presence. To me I don't recognize your committees and I have no time to listen to that nonsense, I've got a long way to walk building my country and helping my people forget the days of abasement. You all owe the Iraqi people an apology."