Iraq - How many died in Iraq?

How many died in Iraq? How many lives did the Iraq war save?

(Note: Included in the "allies" would be the Iraqi troops and police fighting against the jihad. They have died in far larger numbers than Western troops.) 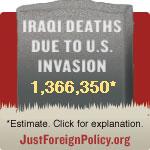 justforeignpolicy.org displays its political bias for all to see. Its logo says, absurdly: "Iraqi Deaths Due to U.S. Invasion". 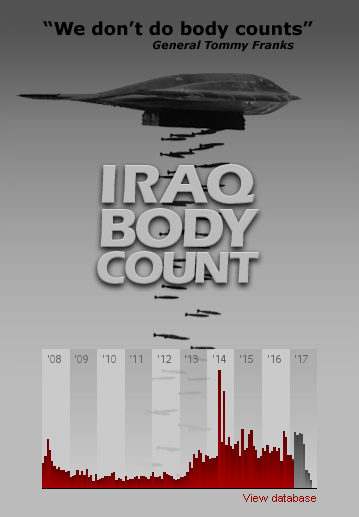 The misleading Iraq Body Count logo as at 2017, as if the deaths they report are people killed by Americans.
The logo has always been like this.
Their entire website is discredited by this logo. 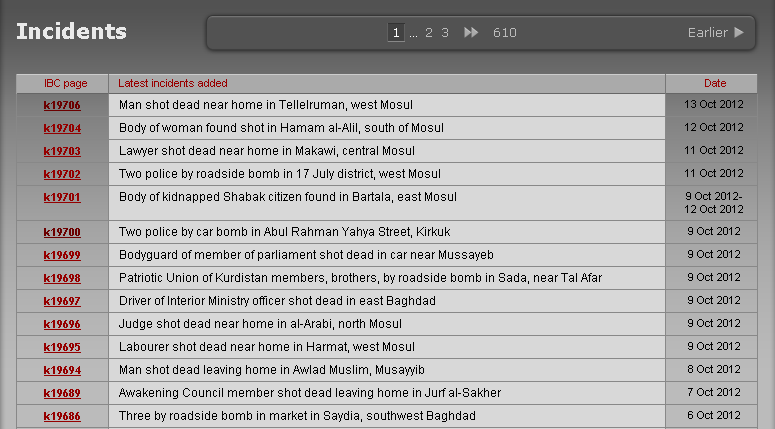 Year after year, Iraq Body Count carefully collects a list of all known deaths in Iraq.
This is a snapshot of 2012. Note that they do not list who killed these people!
The site logo blaming these deaths on US bombers looks even more absurd now, since US troops left Iraq in Dec 2011, and every single one of these deaths is caused by Iraqis (or foreign jihadis). 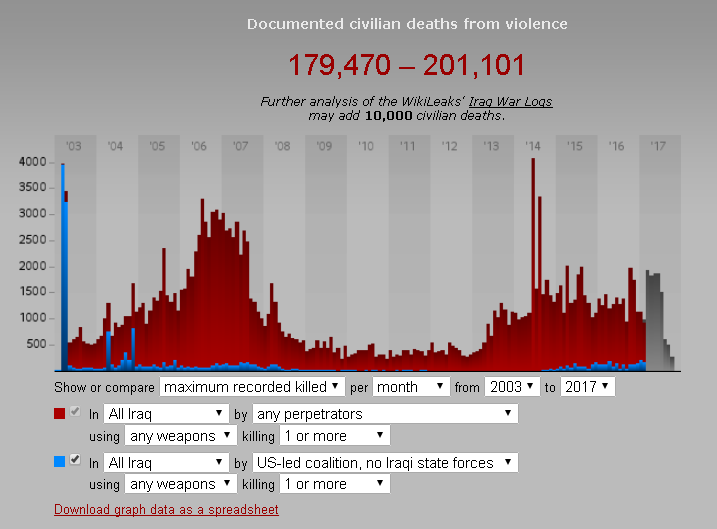 Iraq Body Count database as at 2017.
This seems to show the US and allies did less than 10 percent of the killing.
However, this is not proof, because the vast majority of deaths in their database are listed as "unknown" perpetrators. So a graph showing any actor will show them doing very little of the killing. 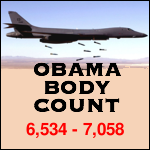 "Civilians killed in Iraq since Obama was elected".
I said about this elsewhere:

More politics in the Lancet and other scientific journals 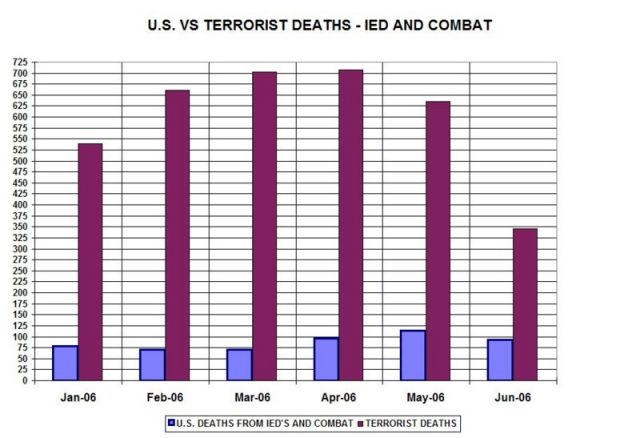 U.S. dead compared to enemy dead in Iraq.
From here.

2. Civilians killed by allies - Did the allies really kill 100,000 civilians? 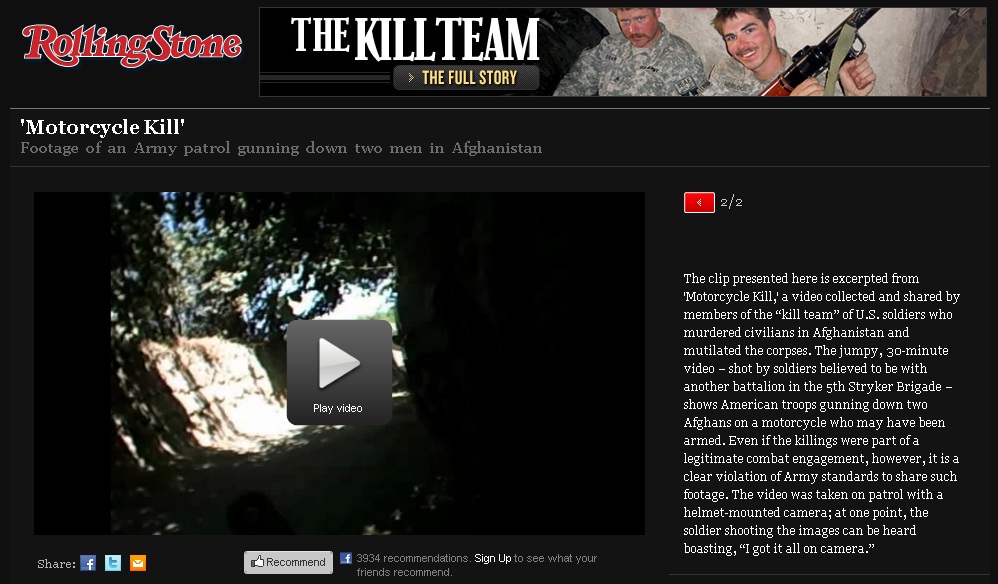 How the media distorts war crimes:
Rolling Stone, 27 Mar 2011, has a perfectly valid story to write on the Afghan "kill team".
But they (and their idiot commenters) wreck it by smearing other (or even all) American soldiers.
Rolling Stone piously complains about this attack on Taliban scum being edited into a music video.
Oh the inhumanity! Such disrespect to dead Taliban! It must not be allowed!
Search for copies:

The "resistance" are also doing most of the killing in Afghanistan

People also talk about the deaths in Afghanistan as if it is the allied forces that are doing the killing, rather than the jihad. But this is not true.

The vast majority of victims of Al Qaeda worldwide are Muslims

5. Lives saved by the war

The Iraq War dead counts ignore the killing that would be going on if Saddam was still in power. So they ignore the lives saved by the war: