In March 2003, America and its allies invaded Iraq. In April 2003, the Saddam regime fell. Decades of oppression and genocide were over. The Iraqi people should have seized the day and made Iraq a better place.

The Americans stayed to try to help Iraq become a better place. This might have been (probably was) an impossible task, but it was a noble goal. America should be proud of trying it. America should not feel guilty. The moral responsibility for all deaths since 2003 lies with the Iraqi resistance who resisted that goal, not with America and its allies.

Bruce Thornton, May 25, 2007, says Bush and Blair should not feel guilty. There are people to blame, but they are not the westerners with good intentions. Thornton (not without sadness) criticises the idea that people are logical and will do what is in their own interest: "every page of history proves that people are much more than machines or clever chimps. Humans have at their heart a mystery that defies predictive science: the freedom to choose even what makes them miserable simply because they can choose. It is our quirky unpredictability, our conflicting passions, our contradictory goods, and our willful desire to choose freely that sends all the experts' schemes to the devil. Just look at Iraq for all the evidence you need. The bloody disorder there is not a consequence of Bush's ineptitude or some better plan that wasn't tried. Ultimately, the mess in Iraq reflects the disordered souls of a critical mass of Iraqis who prefer allegiance to tribal loyalties or a dysfunctional faith to freedom and security."

It is clear who to blame for the war in Iraq since 2003. The Sunni resistance. The Shia resistance. And their western leftist apologists.

2003 was a bad time for the enemies of the Iraqi people. Having lost the war, they were desperate for the narrative to change.

The "anti-war" demos carry on after the liberation of Iraq

The "anti-war" protests carried on in 2003, even after they lost the war.

In March 2005, 2 years after they lost the war, the "anti-war" protesters are still marching!
You lost. Saddam is gone. He's not coming back. History is moving on. You lost. Go home.

The Stop the War Coalition and the SWP (UK) 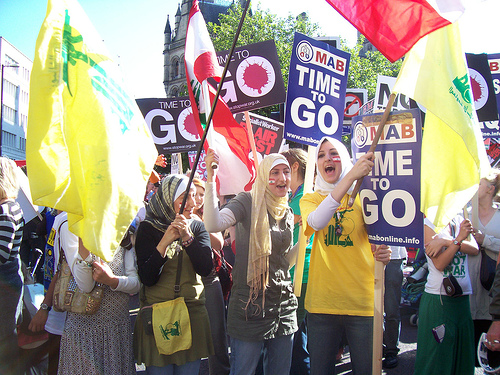 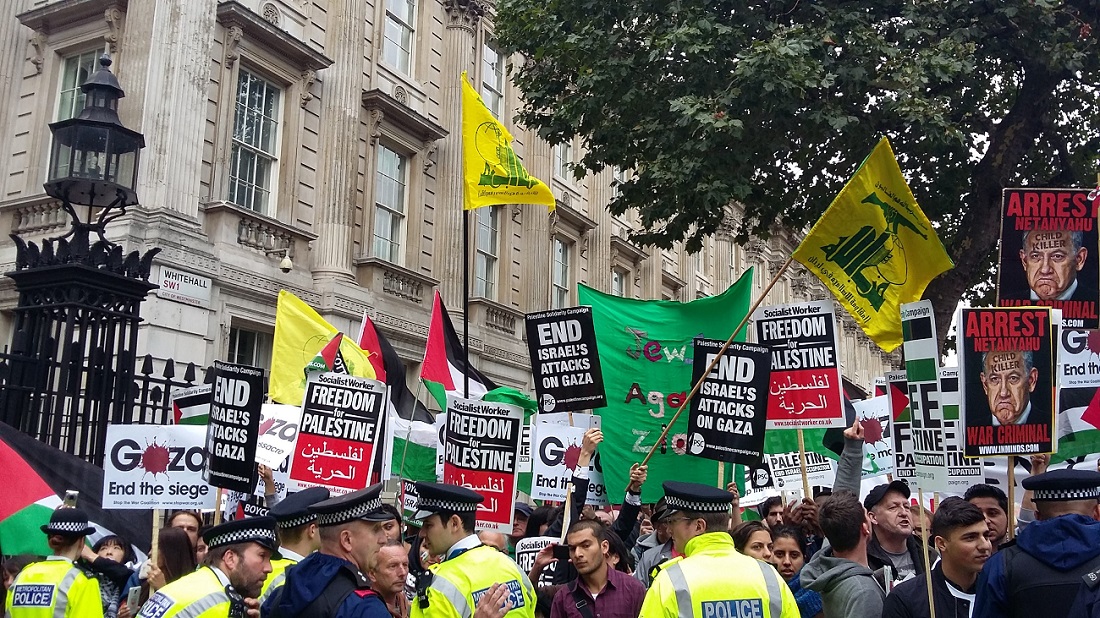 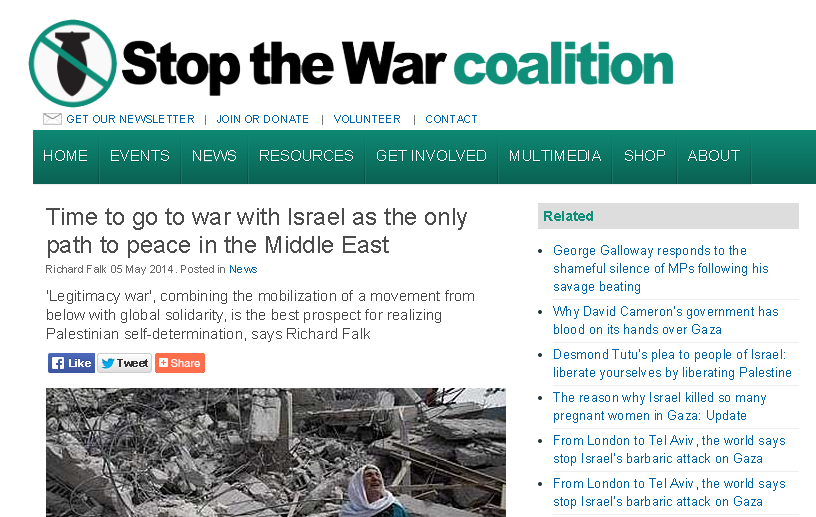 The shameful, pro-jihad "Stop The War Coalition" calls for war against Israel, May 2014.
They later deleted this.
Publish incitement and pro-jihad filth, and then run away when challenged. What cowards.

The debate - What is the lesson of Iraq?

The disgusting violence unleashed by jihadists and Baathists after liberation in 2003 caused both left and right to construct new arguments.

The right thinks that the lesson of Iraq is that you should not bother trying to liberate Arabs and Muslims, because they do not want to be free. You should destroy regimes that threaten you, and then get out.

The left thinks the lesson of Iraq is that the Iraq War was immoral, and the allies should feel guilty in some way for what they did. The left also thinks the violence proved that the anti-war protesters (many of whom supported the violence) were right. To me, this is just saying: If evil triumphs, then evil was right and those who opposed evil were wrong.

How to lose in Iraq

How to win in Iraq

Roland Shirk expresses how I feel, that the Iraqis disgraced themselves after 2003. They were not the same as the people living under communism, who wanted freedom. The Iraqis did not want freedom. Or at least, not enough of them did:
"The Poles sought liberation from an oppressive occupying regime because it trampled individual liberties and imposed artificial poverty. No doubt, they would have welcome a successful foreign invasion that gave them free elections and a free economy. (Even prickly France was briefly grateful when we showed up in 1944.) The Arabs of Iraq responded by turning on their liberators and each other, turning their purgatorial country into a hell of interreligious violence. Does Cohen blame them, or draw from this experience any conclusions about the Arab world or Islam? No, he excuses them all, implicitly, by noting that a foreign invasion offended "Arab pride.""
Shame on the Iraqis for what they did after liberation in 2003. There were exceptions. But not enough of them.