Apart from the Soviet Union, Asia was the major killing field of communism. Perhaps 75 million innocent men, women and children were killed for communism in Asia - mainly in China, North Korea, Vietnam and Cambodia.

The western effort to stop this evil in Korea and Vietnam was a great and noble cause, and partially successful. The brave Americans who died in Korea and Vietnam did not die for nothing. They did not die for "a lie". They died for the freedom of South Korea and South Vietnam. In Korea, they were partially successful. North Korea fell to the darkness, in which it still lives today. But South Korea was saved from communist democide.

Tragically, in Vietnam, the brave American effort was betrayed at home. South Vietnam could have been defended indefinitely, but the "anti-war" protesters won the day, and the Democrat-controlled U.S. Congress abandoned South Vietnam and Cambodia to communist tyranny and democide after 1973. This abandonment - celebrated by the left to this day - is one of the great crimes of the west of the modern age. The anti-Vietnam War protesters should be ashamed of what they did. 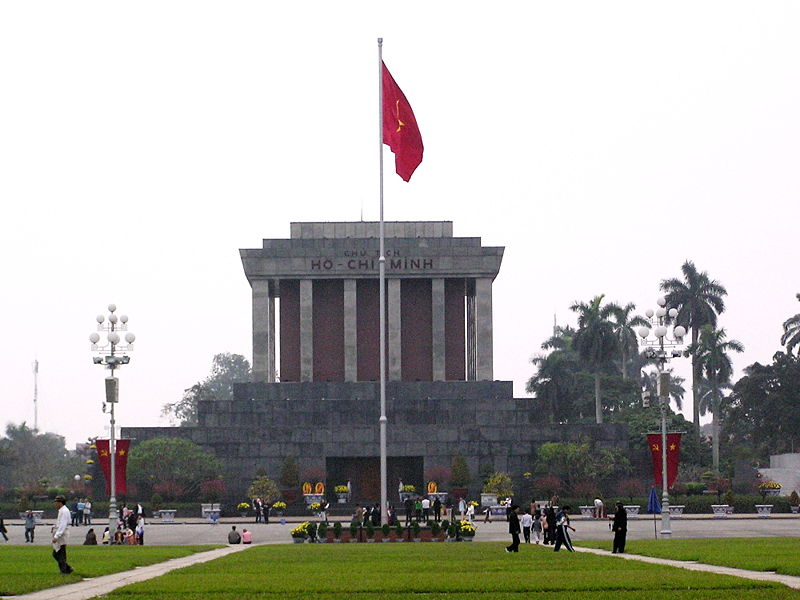 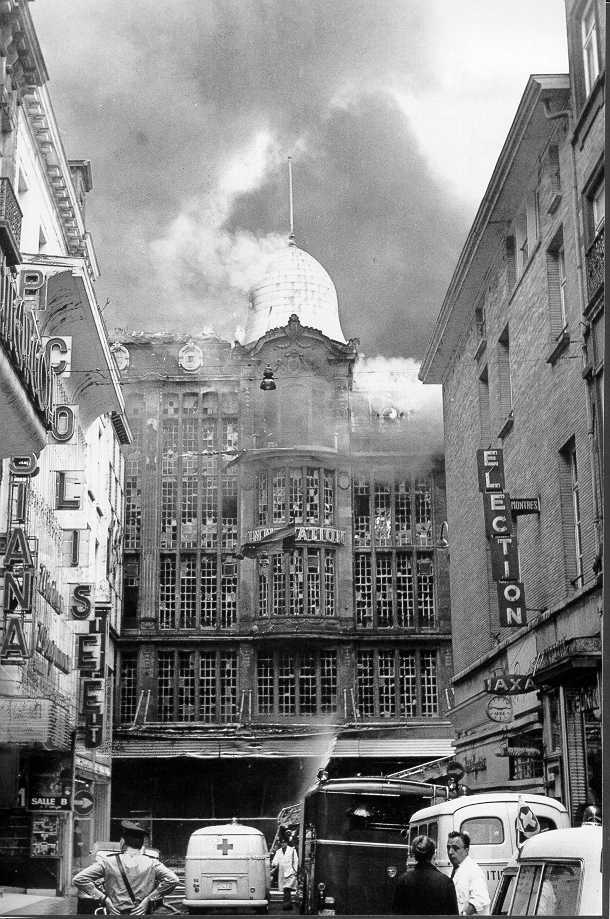 by John Lennon, 1969.
They did. America abandoned Vietnam and Cambodia in 1973. It gave peace a chance.
The result was the communists killed millions of people. 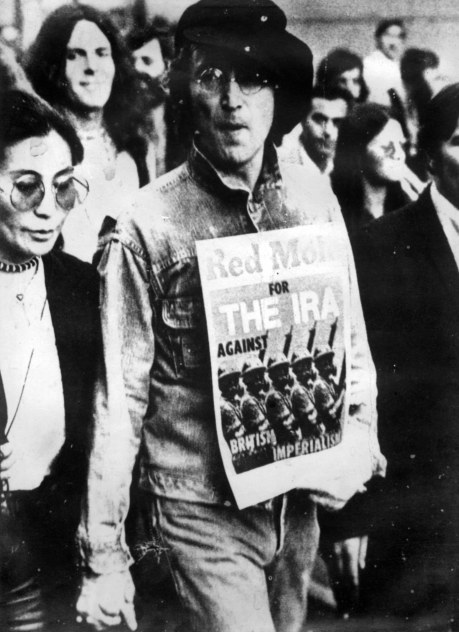 John Lennon supporting the violent terror group the IRA in 1971.
Like many other "anti-war" and "pacifist" lefties, Lennon was only really opposed to war by democracies.
People using violence against democracies were to be judged differently.
Image from here.


John Lennon's Imagine plays at the end of the deeply flawed film The Killing Fields (1984).
Sophal Ear, whose family were victims of the Khmer Rouge, thinks this is rather ironic: "You know the John Lennon song 'Imagine'? 'Imagine no possessions, no religion'? That's what it was like in Cambodia. The only thing people had was a spoon, for eating the daily porridge. And that porridge was grossly insufficient for the work they were made to do in the fields."
It does seem in bad taste to play Imagine in a film about the Cambodian genocide.

The appeal of a "cleansing" genocide is a constant with some humans.
Here, Irish Republican "celticliam88", 19 Oct 2013, calls for the killing of the 6 million Jews of Israel in order to bring "peace".

In the West, the Vietnam War is associated with killings and bombings by America. And indeed, it is the site of the worst American war crimes after 1945. And yet America is largely irrelevant to the story of war crimes of this period. The statistics show that over 95 percent of all the killing of civilians outside combat in this period was done by communists.

Democide in the Vietnam War period

Rudolph J. Rummel gives estimates of democide for: He gives the following estimates for democide in this period:

Democide in the WW2 period

For comparison, WW2 is remembered as a just war and yet American war crimes were far worse in WW2. Rudolph J. Rummel has estimated democide in the WW2 period (see summary table) as:

Interview (and more copies) with Col. Bui Tin of North Vietnam, who received the unconditional surrender of South Vietnam in 1975. Wall Street Journal, 3 Aug 1995.
Q: "Was the American antiwar movement important to Hanoi's victory?"
Bui Tin: "It was essential to our strategy. Support of the war from our rear was completely secure while the American rear was vulnerable. Every day our leadership would listen to world news over the radio at 9 a.m. to follow the growth of the American antiwar movement. Visits to Hanoi by people like Jane Fonda, and former Attorney General Ramsey Clark and ministers gave us confidence that we should hold on in the face of battlefield reverses. ... Those people represented the conscience of America. The conscience of America was part of its war-making capability, and we were turning that power in our favor. America lost because of its democracy; through dissent and protest it lost the ability to mobilize a will to win."
Q: "What of Nixon?"
Bui Tin: "Well, when Nixon stepped down because of Watergate we knew we would win. Pham Van Dong [prime minister of North Vietnam] said of Gerald Ford, the new president, 'he's the weakest president in U.S. history; the people didn't elect him; even if you gave him candy, he doesn't dare to intervene in Vietnam again.' We tested Ford's resolve by attacking Phuoc Long in January 1975. When Ford kept American B-52's in their hangers, our leadership decided on a big offensive against South Vietnam."