The world has little interest in the decades of torture, rape, mutilation, beheading and mass killing of innocents at Abu Ghraib prison under Saddam.

Instead, the world is (or pretends to be) horrified by the abuse and humiliation of prisoners at Abu Ghraib by some undisciplined US troops after liberation (who were severely punished).

Abu Ghraib is a clear example of the world focusing on minor crimes by democracies rather than major crimes by tyrannies. Psychologically, it seems easier for people to do this. This is the law of human nature that The most criticised societies are the best ones.

See the above as a PNG.

Video of torture at Abu Ghraib prison.
Thousands of innocents were raped, tortured and executed here by the Baathist regime.

The undisciplined US troops at Abu Ghraib received long prison sentences, longer than one gets for actual genocide under international law.

I'm not opposed to jailing them. What I'm opposed to is the incredible anti-American hysteria about this rather minor incident, which killed nobody. This hysteria only fed the grievances of the Iraqi jihad resistance, which killed tens of thousands of Iraqi men, women and children in 2004-08. 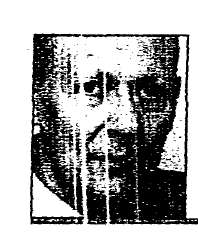 The shaming of America: George Bush's boast of shutting down Saddam Hussein's torture chambers in Iraq rings hollow now by Conor O'Clery, Irish Times, Saturday, May 8, 2004 (also here).
A typical piece of Irish media hysteria that shows the inability of so many westerners to make proper comparisons between their own (inevitably flawed) societies and genuinely unfree totalitarian states.
To compare Abu Ghraib under the US to Abu Ghraib under Saddam is simply absurd, and shows a real lack of imagination.


US soldiers urinate on dead Taliban, in a video that emerged in Jan 2012, to much hysterical reaction from jihadis, the left, and enemies of America.
And yet, I am unappalled. These brave men are true modern heroes, killing Taliban scum on behalf of all free people. Given the disgusting nature of the way the enemy fights, a little disrespect like this is a perfectly understandable way of letting off steam when these sadistic child-killing monsters are finally caught.
Russian pro-Putin state propaganda RT titles this, with no sense of irony: "Abu Ghraib, Part II?"
In other words, no one gets killed, and yet the world goes hysterical.

Top US sniper Chris Kyle explains how US soldiers find it impossible to respect the jihadist enemy, because of the disgusting way they fight.

"The inability to distinguish between categories of evil is evidence of the inability to distinguish between evil and good. That Ted Kennedy lacks such capacity does not surprise. What does surprise is that Kennedy's colleagues have not condemned his slander of the American military. He is equating the suffering of millions and the deaths of hundreds of thousands under Saddam, with the actions of a handful of rogue soldiers."
- Hugh Hewitt replies.