John Kerry would, I believe, have been a disaster for American national security if he had won the 2004 U.S. election.

He failed, but it was only a temporary victory because Barack Obama became President in 2008, was re-elected in 2012, and John Kerry became his Secretary of State in 2013.

The Swift Boat ads are not just about John Kerry and the U.S. election. They are bigger than that.

They are about reclaiming the image of the ordinary, noble, brave and honourable Vietnam veteran - men no different from their fathers that fought tyranny in World War Two. It is their reply - after all these years - to John Kerry, Oliver Stone, and a whole generation of useless hippies that vilified and slandered them.

The Vietnam veterans fought a democidal communist tyranny, and it is a shame - for Vietnam as well as America - that they did not win.

John O'Neill v. John Kerry.
How come the idiot in this debate ended up as Secretary of State?

The image of Vietnam vets as baby killers

John Kerry in 1971 claimed before the Senate Foreign Relations Committee that American soldiers in Vietnam had "raped, cut off ears, cut off heads, taped wires from portable telephones to human genitals and turned up the power, cut off limbs, blown up bodies, randomly shot at civilians, razed villages in fashion reminiscent of Genghis Khan, shot cattle and dogs for fun, poisoned food stocks, and generally ravaged the countryside of South Vietnam".
The false image of American soldiers in Vietnam that Hollywood peddles.
Scene from the movie Full Metal Jacket (1987) where the helicopter door gunner shoots random civilians.
John Kerry is one of the leading culprits who has promoted this image of American soldiers.
In reality, scenes like the above are just fiction. 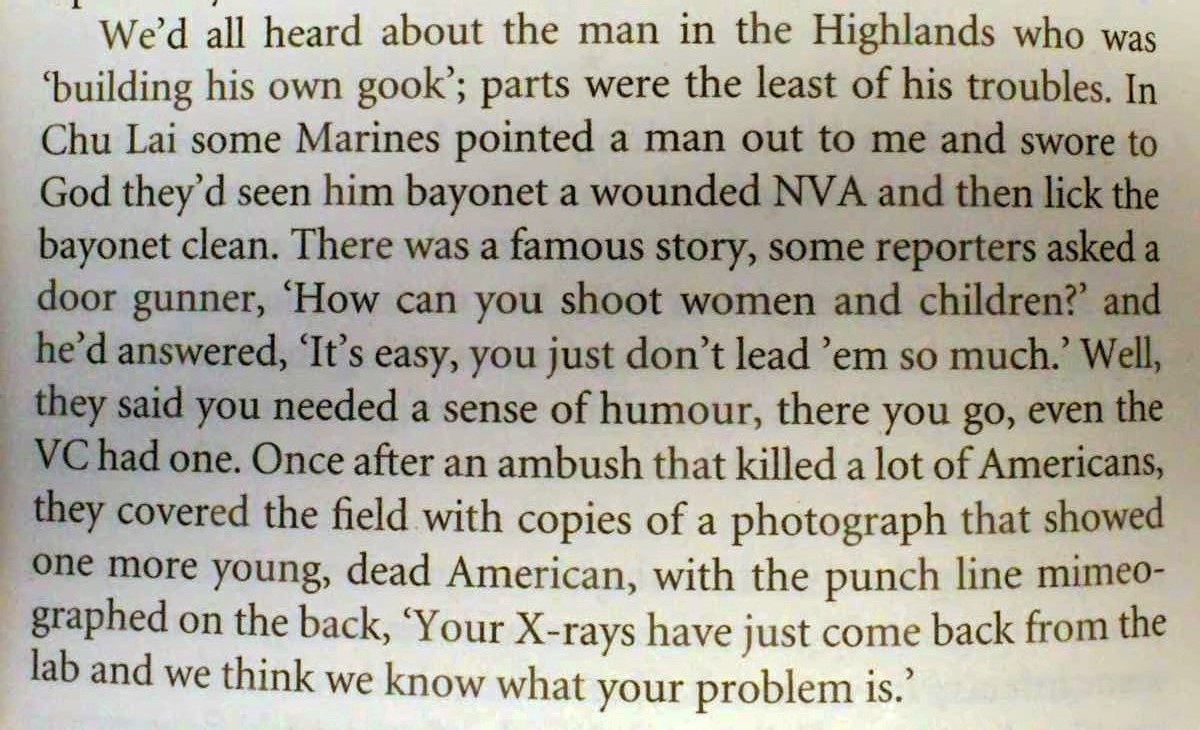 I was curious about the Full Metal Jacket scene, so I tracked down where it came from.
The scene is based entirely on these unsourced rambling stories in Dispatches (1977) by Michael Herr.
The above is from the chapter "Breathing In".
See full size. Enhanced with enhance.pho.to.

That's it. That's all there is. A joke. Macho banter. A secondhand story.
And in the film this becomes a real helicopter door gunner who really does shoot women and children for fun.
There is no evidence this is true. There is no evidence such a person ever existed. 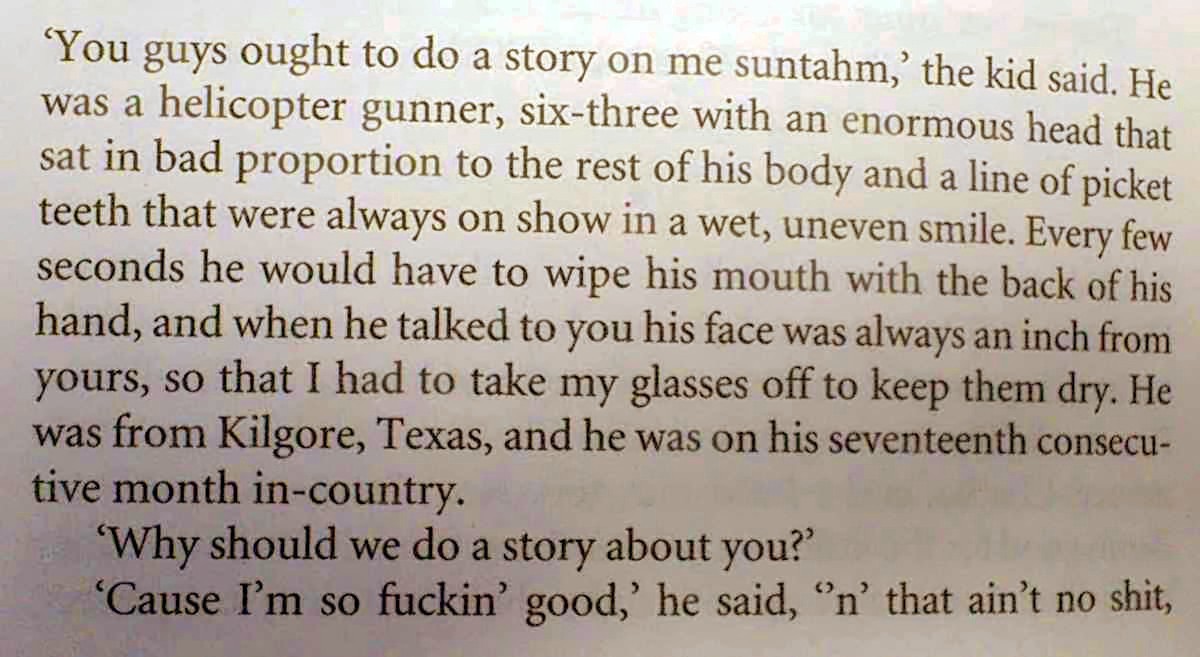 The door gunner character was then combined with this fellow.
From the chapter "Illumination Rounds".
See full size. Enhanced with enhance.pho.to.

The stories in Dispatches are just rambles of unsourced legends and macho banter.
There are no sources or footnotes. The book is not written in a factual style. See negative reviews.
And yet young people will watch Full Metal Jacket and think it portrays the Vietnam War.

Analysis on kubrickfilms.tripod.com treats this scene as if it portrays reality.

The Internet is now an important platform for criticism of the media.
There are many serious, professional sites on the Internet dedicated to fact-checking and analysing what the mainstream media do.
The Rathergate scandal of 2004 was one of their greatest moments. CBS disgraced and exposed by Internet bloggers. 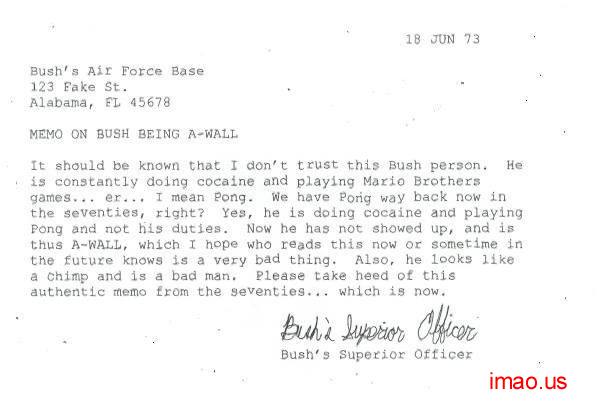 A strange movie about Rathergate, Truth (2015). 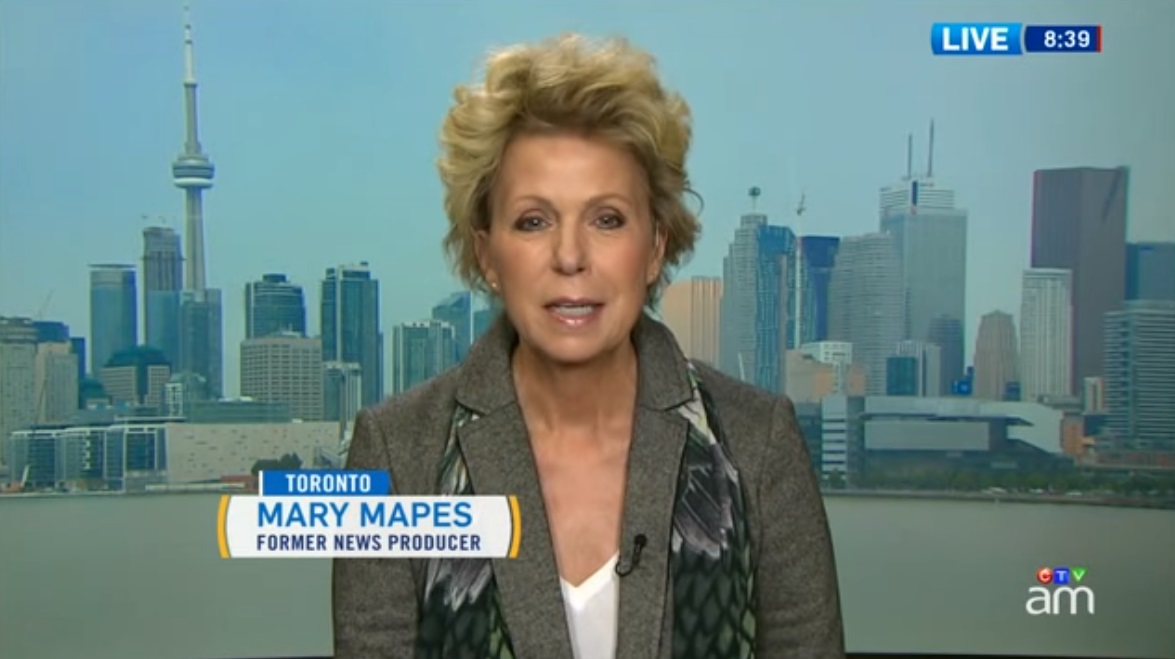 Mary Mapes interview in real life in 2015, still claiming the documents are not fake. Sad stuff.

The military and veterans reject Kerry (who saw combat) and go for Bush (who didn't):

"If John Kerry loses, it will be the parade we never had."
- Anonymous Vietnam veteran, expressing the contempt that most veterans have for Kerry. If history judges that it was indeed the Swift Boat Veterans that brought him down, then this will be the veterans' greatest victory, and their sweetest revenge against Kerry and the other anti-Vietnam war protesters who enabled the communist victory.

A 55-point chasm in military support for Kerry and Bush by Ross Mackenzie - "The left detests the military, and the military knows it - and reciprocates ... And despite Kerry's conflicting attempts to reinforce his leftist base while simultaneously seducing the military, the latter obviously isn't interested. It spurns him. Those in the military resent the prospect of risking their lives with him as their commander in chief in a war he terms "wrong" and "a grand diversion" - with allies he terms "coerced and bribed.""

Terrorists, tyrants, anti-semites and anti-Americans that want Kerry to win:

This is not just a slogan. This is actually true. A U.S. intelligence official claims that al Qaeda - encouraged by their victory in Madrid - plans attacks during the U.S. election. The official says: "The view of al Qaeda is 'anybody but Bush.'"

It is also clear that in the U.S. election al Qaeda wants Kerry to win (also here). Now I believe that Americans are different to Europeans. That if they are attacked, they will not do their attacker's bidding, but rather the opposite. That a serious attack would instead be followed by a Bush landslide, and a green light for regime change in Iran and Syria.

But al Qaeda may imagine differently, and so they may attack. 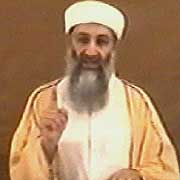 Kerry becomes Secretary of State in 2013

Like a bad dream, Kerry returned under President Obama, who made Kerry his Secretary of State in Feb 2013.

LGF helped spread the true narrative about Kerry in the 2004 election.
But it should be noted that LGF has gone insane since its glory days back then.
The above is from June 2014. Every word in it is false, including his description of events in 2004.
Comments at the above link:


"A coalition of the coerced and the bribed"
- John Kerry on America's loyal allies in the Iraq and Afghan Wars after 9/11.
Kerry only has contempt for them for supporting America.
A vote for Kerry is a vote to lose the war. It is a vote for American humiliation and defeat.

"there is no reason, Bob, that young American soldiers need to be going into the homes of Iraqis in the dead of night, terrorizing kids and children, you know, women, breaking sort of the customs of the - of - the historical customs, religious customs."
- John Kerry's view of what the U.S. troops are doing in Iraq, 2005.

"You know, education, if you make the most of it, if you study hard and you do your homework, and you make an effort to be smart, uh, you, you can do well. If you don't, you get stuck in Iraq."
- John Kerry

"There is a great difference between politicians and dissidents. Politicians are focused on polls and the press. They are constantly making compromises. But dissidents focus on ideas. They have a message burning inside of them. They would stand up for their convictions no matter what the consequences.
In spite of all the polls warning you that talking about spreading democracy in the Middle East might be a losing issue - despite all the critics and the resistance you faced - you kept talking about the importance of free societies and free elections. You kept explaining that democracy is for everybody. You kept saying that only democracy will truly pave the way to peace and security. You, Mr. President, are a dissident among the leaders of the free world."
- The Soviet dissident Natan Sharansky to George W. Bush after his re-election, on the difference between Bush and Kerry.
From one of the most famous dissidents of the whole Cold War era, from a man who spent 9 years in Soviet prisons, this is some compliment.